Over and above
old captains' houses
now fallen into
funk, the train

and the passengers reflect
on each other.
Light nicks the
surface of the

globe, even under
water.

On a train, someone describes what he sees (houses, trucks, a tunnel, passengers), then takes a first interpretive step in the third sentence, though still in a very descriptive mode.

But the diction changes in the next sentence, from a description to the word "description":

.... This lazy
description of the
way things are

tells more than
it knows.

The phrase "tells more than / it knows" is also ambiguous: it might mean the description is more a matter of telling than of knowing (more mimesis than epistemology?). If this is combined with the critical reading of "lazy," then the poem would be arguing against that descriptive mode because description does not generate knowledge.

But "tells more than / it knows" might mean something like "says more than it realizes it is saying," in which case the "lazy description" is being given a positive value because of its suggestiveness.

Further, I also hear a play on "tells more than / it [shows]" here. In many discussions of poetry, "description of the / way things are" is privileged because it shows rather than tells, so this moment in "Seventh Street" could be understood as a counterargument: this "showing" mode "tells" as much as it shows; it "tells more than / it knows [it does]" not in the sense of being suggestive but in the sense of "telling" more than it is intended to, and more than it is aware of in its emphasis on "showing."

Now, the shift in the poem's diction (from "concrete" to "abstract") does suggest, at least at first, that the poem privileges its critique of "lazy / description" and of the mode of "show, don't tell." If that was all it did (without a possible counter-reading), it would be a matter of "lazy abstraction" arguing with "lazy description," and it would hardly be worth talking about at this length.

However, the next sentence begins to make clear that things are not that simple:

.... Say
something about conditions
and you have

that to look
at too.

The diction remains "abstract" while also becoming self-referential: "something about conditions" is what the previous sentence brought into the poem. Such abstraction, this sentence concludes, is also something "to look at," just as the scene described earlier was something to look at. The poem makes "you" "look at" these modes and see them not as a hierarchy but as an interwoven pair that poems have to work with. "Telling" is not being privileged over "showing," in a critique of those who would privilege "showing" over "telling"; rather, the inevitable interaction of the two modes is being acted out, through both modes at the same time.

This interaction becomes completely clear in the poem's final sentence:

.... Your
station stop is
this writing's end.

The "lazy / description" and the mode of saying "something about conditions" have been kept in separate sentences until now (hence my emphasis on sentences), but they meet here in the conclusion, as the train ride stops and the poem ends. The two modes are not opposed; they interact. And they are, the poem argues, both necessary to the making of a poem, and to its interpretation.

(I am enormously grateful to Ron Silliman for his review of The Messianic Trees a few weeks ago, which inspired me to buy Robinson's book.)

[cross-posted from my blog]
Posted by Andrew Shields at 1:09 PM

"Travel poems." The poem repressents a journey, but then sort of swallows it (the journey) whole - begins to MIMIC it - like some kind of jungle predator - it takes on the coloration of that which it devours... it's on its own trip...

Thanks, Henry, I'm glad you enjoyed this. 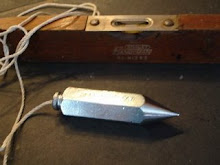